Welcome to Roatan, the Caribbean’s best kept treasure and now discovered by you!! Roatan has highly un-spoilt beaches,  white sand, pristine waters, warm weather all year long, top hill views and tropical rainforest. Located in the Western Caribbean, Roatan is the largest of the three Islands, between Utila & Guanaja, that form the Bay Islands of Honduras. With 48miles length by 5 miles width, Roatan is located near the Mesoamerican Reef, the second largest and best preserved coral reef in the world, offering the best opportunities for diving. Located just 2 hours by airplane from the USA, the Island has become an important, scuba diving, ecotourism and cruise ship destination in the world.

Traveling to Roatan is very easy and simple, since there are direct flights to the island from Atlanta, Dallas, Houston, Miami, Toronto and Montreal.

Famously and continously mention Island in the worldwide know cannel networks like CNN, and magazines like Island Living.

Due to Bay Islands formerly being a british colony, its native language is english, and by being 15 minutes flight away from Honduras mainland, spanish is a major language as well.  The Currency used primarily on Roatan is the Honduran Lempira and the U.S. Dollar is widely accepted at a reasonable exchange rate.

The friendly population is a mix of European, American, Spanish, Paya Indian and African Cultures, with an existing community of expatriates as well. The Island is a safe, secure and affordable living paradise, the closest of what you can call The Eden.

Due to Roatan’s climate and topography, the island has a natural reservoir unspoiled potable water system.

Roatan is rich in history, because it was once a pirate island, which later became a british colony. Pirates such as John Laffite, Henry Morgan, Pirate Coxon and Captian Dixon, used the island as a perfect resting point over the seas and a heaven place to hide their treasures. 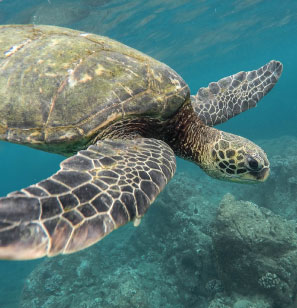 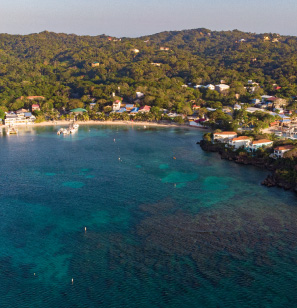